The Call of the Chain

While others play, Gordon's Bay Scuba Diving Club Members heed the “Call of the Chain”.

The Golden spanner is awarded to a club member who has given exceptional service to the club in the previous 12 months. This year, two Golden spanners were awarded: Sean Twomey and Sam Baxter.

The Century Spanner award is given to members who pass a multiple of 100 club dives. In this, the inaugural award, we honour Ian Hunter, who has dived 200 times with the club, and founding member John Rowe, who has clocked up 400 dives. 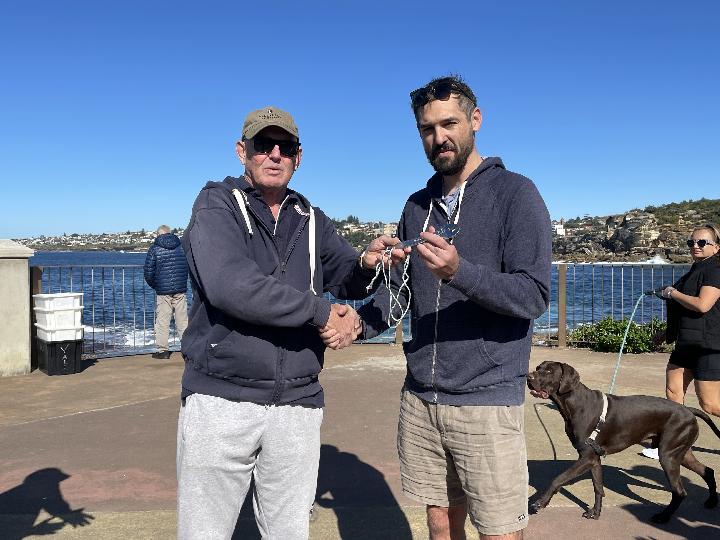 Rhys Rogers is the latest member to receive the “call of the chain” spanner award.

Club members are recognised for their contribution to the club's chain maintenance activities by being awarded a personally engraved "Call of the Chain" spanner on completion of three consecutive monthly club dives.